If you’ve already found me, obviously this may not apply to you but feel free to check me out and see how I stack up to my own advice.  However, if you’re looking around or even landed here while looking for another breed, keep these tips in mind when you’re looking for a breeder and a new kitten.  Also be sure to check out the section on how to spot red flags for possible scams.

I know this one is going to be unpopular for those who decide on a new kitten and want it tomorrow.  But that is not the best way to go about finding the right breeder.  Remember, this is a relationship you plan on having for 15+ years.  Why rush it?  Kittens are cute. That’s a given.  You can find a Siberian kitten many places.  The actual trick is finding the right breeder.  This is someone you really click with and who breeds with the welfare and the preservation of the breed in mind.  After all, is it really that important to get the kitten on a specific date or is it more important to have a great companion and a breeder who will provide support if you need it?

Check Out the Kittens

If you’re here, you’ve no doubt been browsing around online researching breeders and Siberians.

So, look at the pictures you’ve found.  Do the kittens appear healthy?  Clear, bright eyes or are they goopy and crusty?  Does the kitten’s coat look healthy or does it appear greasy? Are the surroundings reasonably clean?  The kittens should look and seem healthy, active, and clean.

Be sure to look for pictures and information on the kitten’s parents.  I don’t mean just so you can see if they are pretty although it is important for them to look Siberian.  I mean, what can the breeder tell you about their health? Do they know about the parent’s parents?  It’s great if the parents are pretty, but remember that being correct and a good cat for a breeding program doesn’t just mean they are a pretty, fluffy cat but that they meet the breed’s standard.

The average price for a Siberian kitten in the U.S. is from $1500 – $2500 depending on the part of the country and what is included.  The lowest average prices are typically in the lower Midwest (e.g. Kansas, Oklahoma).

Another factor is what the breeder does when it comes to their kittens – this includes spay & neuter, microchip, vet checking by a licensed veterinarian, testing the parents by DNA and cardiac testing on a regular basis, showing and titling breeding cats. All of these things contribute to the cost of the kittens and the quality.

Be very cautious of breeders who are far below or far above the average.  You can see more in the section of this post dealing with scams.

Health screenings are very important. When you are looking for a breeder, you should check to see if they are testing their cats.  Testing for FELV/FIV is great, but something that even a pet owner should do.

As a breeder, they should be testing for genetic conditions such as Polycystic Kidney Disease, PK Def (a form of inherited anemia), and hypertrophic cardiomyopathy (HCM).  Siberian HCM does not have a DNA test and can only be screened via ultrasound and this needs to be done by a board-certified veterinary cardiologist and not the breeder’s regular vet.   HCM must also be tested for regularly rather than just once because it can appear at middle age. Regular testing allows breeders to watch for changes so they can act promptly and stop breeding the affected cat.  It is fairly common to see breeders claim they have HCM free lines. Given that HCM is incredibly common in cats, it is unrealistic to make a claim like that. I have yet to see a pedigree that could reliably make that claim because so little testing and reporting has been done or tracked.   Not testing tends to give the option for plausible deniability because if you don’t test for it and you don’t track it, you can honestly say “I’m not aware of any health issues.”

While cardiac screening is critical and part of doing due diligence, HCM can still happen. The disease is often late in onset and long after a cat has been used in breeding.  That is why I continue testing after retirement for some of our cats (that have offspring in breeding). Hopefully someday we will identify at least 1 of the mutations for HCM in the breed.

Go with Your Gut

I can say this both from my side as a breeder and as someone who has purchased my share of Siberians for breeding – listen to your gut. There are times you can read all the right things on a website, see some cute kittens, but still have a feeling like this one is just not the right breeder for me – or in my case the right owner.

You’re starting off a relationship that might last for over a decade.  It’s worth waiting to see if it “feels right.” If not, keep looking.  You’ll find the right one eventually so why settle.

The breeder should offer a health guarantee.  This doesn’t mean they are guaranteeing their cats cannot get sick, but rather how they will handle things if it happens and within what timeframe.

Ask the breeder what kind of guarantee they offer. They should offer a guarantee for infectious diseases for when the kitten/cat goes home – generally about 7-14 days because that’s the incubation period for many illnesses.  The genetic guarantee should be a MINIMUM of 1 year.

My genetic guarantee is 2 years and picks up after the end of my comprehensive replacement guarantee (guarantees against death due to anything other than neglect, abuse, accident, or injury) so it is through your kitten’s 3rd birthday. Feel free to ask for a sample contract for mine or any breeder.

When you contact a breeder, be considerate of their time.  Most breeders, including me, are breeding as a hobby. A demanding hobby that requires commitment, but still a hobby.

The breeder most likely has a “real” job that takes up much of their time, they have families, and of course are also taking care of their kittens and breeding cats. So, be patient when looking for a response and avoid making demands.  Breeders are working with living creatures and this means you can’t dictate things like, what color kittens are born, when they’re born, when they’re available.  Mother Nature often overrides even the best laid plans.

A Word of Caution

There are some important cautions to look for.  Does the breeder seem to have a never-ending supply of kittens?  Do they seem concerned more with producing quantities or with quality?  Do they always seem to have sales?  Breeders are not selling used cars.  You shouldn’t see “Flash Sale” or “Black Friday” sales or BOGOs.   Occasionally breeders may lower the price on an older cat, but that is more standard.

Be sure to ask your breeder if they will provide you with documentation of health clearances for your kitten’s parents.  For security purposes, some breeders may not send over copies of the originals until a kitten is reserved, but they should be able to tell you what lab the DNA was done through and what cardiologist did their ultrasounds (cardiac echos require precision for capturing the image and reading so they need to be done by a cardiologist or a small animal internal medicine specialist at a minimum).  Sadly, there are breeders who claim to health screen but do not.  I personally had a breeder take my cat’s health information and list it on her own site as part of her deceptive practices.

Not only are our cats listed in the Siberian Cat Health Association database, but each of our buyers will have their own password protected page once they reserve a kitten.  That page will house pictures of your kitten, pictures of the parents, cardiac and DNA test results of the parents, your kitten’s vet records, microchip information, veterinary insurance information, etc. 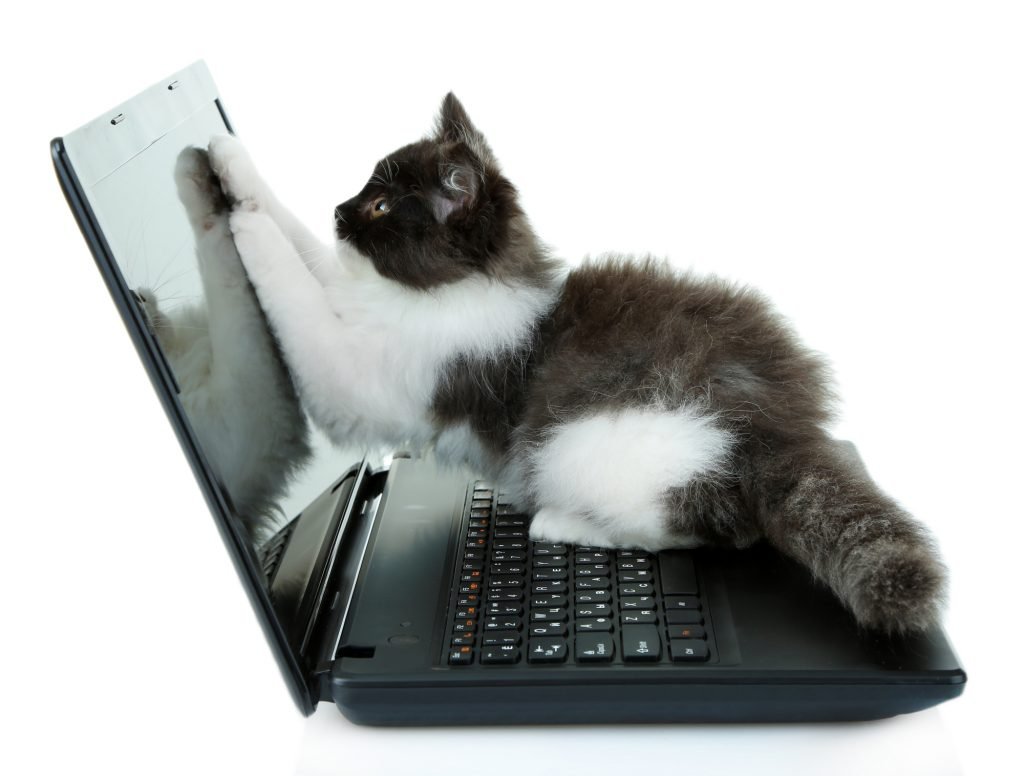 Tips for Recognizing a Scam

Price is Too Low

Pet scammers price their kittens or puppies well below the norm for the breed.  They do this to lure buyers in who think they are getting a deal.

Most breeders have a certain style to their pictures.  When you see lots of different styles, backgrounds, and settings look like different homes.

These scams lift pictures from social media and websites of legitimate breeders.

There are often strange descriptions that don’t seem to match the kittens. Some may be listed as the obviously wrong breed, wrong color, or even strange traits.

I’ve seen kittens described as “very organized” or “they don’t bark as much as others.”

These scammers get the money then often demand extra for things like “insurance”. Some scammers pressure people for more money for insurance than they paid for the cat.

Remember, there aren’t any cats or puppies involved.  They have no intent to send you anything just take your money.

The scammers tend to use untraceable payment methods that cannot be challenged.

They will demand payment via Western Union, MoneyGram, CashApp, etc. They won’t allow PayPal, check, or other traceable protected payments. Protected: Preparing for Your New Kitten

Chief of Staff to the Siberian Cats of Prekrasne/Supurrnatural